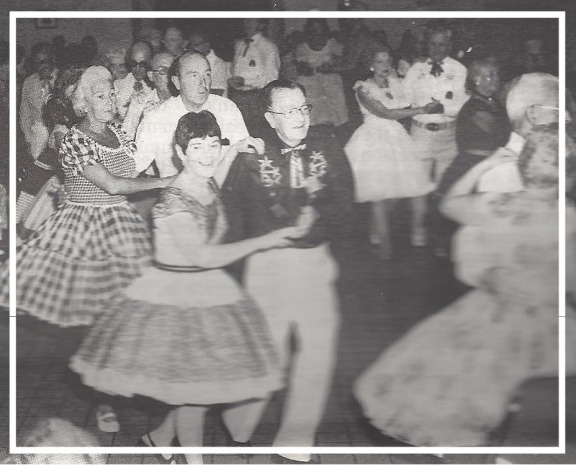 Imagine the courage it took for the first buyers to move into the new LeisureTowne retirement community in December 1970. Many had no close neighbors or even houses across the street. The roads were unpaved and there were no sidewalks or streetlights. There was no postal delivery to individual homes and residents had to go to Settlers Hall to collect their mail!

The first residents called themselves "The Pioneers", and they fondly recall the friendliness of these early residents. One of the earliest clubs formed at LeisureTowne was a Square Dancing club, and residents gathered every Friday night at Settlers HAll to dance to records. People were always willing to volunteer for things to do to make LeisureTowne a fun and welcoming place to live. When new Trustees were added to the Board, there were always several candidates running for each position and election campaigning was the order of the day.

Gradually the streets were paved, sidewalks laid, streetlights lit, mailboxes installed, and more clubs formed. New sections of the town came into being, homes were occupied, yards were beautified, and now, more than five decades later, LeisureTowne is a beautiful place to live, work, and play. LeisureTowne is now comprised of 2,255 homes and is home to more than 3,400 residents.

LeisureTowne Association is a nonprofit corportation, incorporated on 1 May 1970, which owns and/or maintains all of the common land and facilities within the LeisureTowne Community. The Association established and enforces regulations governing the rights and obligations of members regarding residency in the community and the use of common properties.